The province of West Flanders comes to the rescue 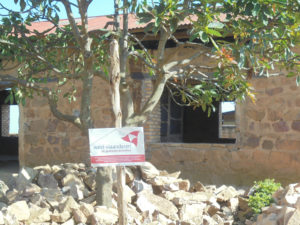 On June 28, 2019 Umubano received permission from the province of West Flanders to have two blocks 2 and 3 of the Murama school group in Kisaro (Rwanda) renovated by CPPA KISARO.

The first classes of this school were built in the 1980’s by the founder of CPPA KISARO, Brother Cyriel. Those first classes were then built with limited resources and now no longer meet current standards.

In July, block 5 (6 six) was demolished and replaced by a new building, with funds from the Kisaro Committee and various Belgian schools. See photo opposite. 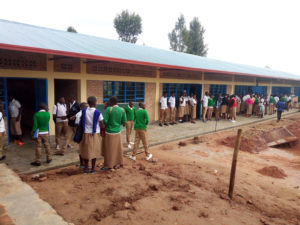 Six months later – January 2020 – the students of the secondary degree were allowed to use the new classes. The rebuilding of blocks 2 and 3 was immediately started. They were built in quarry stone and we wanted to retain that cachet by strengthening the joints and renewing the plastering on the inside. The window and door openings had to be enlarged, the floor and roof covering renewed. Two classes are evacuated and renewed each time, while the pupils are temporarily placed in two reserve classes. The nine classes will be renovated when the major leave starts and only then will the roof covering be renewed over the full length. 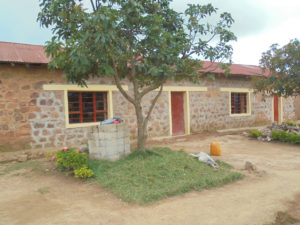 At least that was the planning. Now all schools are closed due to the Covid-19 confinement measures. The construction works have also been stopped. Fourteen sick people were already registered in Kigali at the time of publication of this article, fourteen days after the first determination of sickness. But the measures apply across the country. Now we are anxiously waiting..