Three months after “The Warmest Week” (December 2019), part of the proceeds has already been invested in the Mutete school group in Rwanda. Umubano already commissioned CPPA KISARO in January 2020 for the construction of a second underground rainwater tank of 30m³. 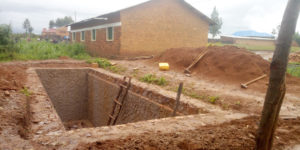 The first rainwater reservoir of 30 m³ was built there in July 2019. We were counting on organizing enough activities during the Warmest Week of December to build the second citerne. Thanks to the success of those activities, we commissioned Gerard Moerman in January 2020 to send the construction team to Mutete during his stay in Kisaro. Between February 15 and March 20, they completed the reservoir. 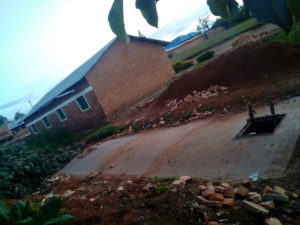 Unfortunately, at that time, the first corona infections were diagnosed in Rwanda. Due to the prevention measures taken, the works had to be stopped. The gutters of the two adjacent class blocks leading to the citernes have to be placed later. Gerard (our man in Rwanda) was able to return to Belgium just in time to escape the lockdown in Rwanda.